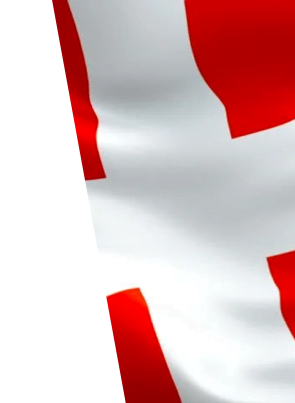 Denmark is a small Scandinavian country with around 5.8 million inhabitants covering an area of 42,925 km². Internet penetration is 98% and thus Denmark ranks at the very top among the European countries.

Denmark has a dual media system with a strong private sector owning newspapers and online media and a strong public service tradition with two large public service media, DR and TV 2, which in addition to television have many activities on the internet and, in DR’s case, a dominant position on the radio market. Besides the two public service media, there are a number of private media that do not have the same public service obligations, but are often described as media that produce public service for private money. These media are often wholly or partly owned by foundations and originate from the newspaper market, but are now also important players on other platforms, especially online. The private news brands all receive annual public subsidy, and the media support schemes are comprehensive and distributed in a fair and transparent way. A main characteristic of the Danish media landscape is the government support for Danish media and cultural production which to a large extent is driven by a political will to support and uphold media in the Danish language and media plurality (Kristensen & Blach-Ørsten, 2021; Kammer, 2017).

Trust in news and news media is high with public service news media earing the most trust. Among the 24 European countries covered by the 2022 Reuters Digital News Report, Denmark ranks third highest in the population’s trust in news media. The same ranking is achieved in the question of whether one assesses that the news media are independent from undue political or government influence most of the time. The willingness to pay for news is 18%, which is lower than the other Nordic countries, but higher than most other European countries (Reuters Institute, 2022).

The political system in Denmark – just as the media system – can be characterised as democratic-corporatist with a strong tradition for including corporations and interest groups in policy making processes. The political system is also a stable parliamentary multi-party system characterised by minority governments, but with a strong tradition for political cooperation across the parties. Denmark is a financially strong and stable welfare state based on a progressive tax system and principles of equalisation.

The private print media is to a large extent owned by non-profit foundations, while the public service news media is owned by the state (TV 2) or is listed as self-owned (DR). It is very rare that “natural persons” own more than 5% of a media company – this is not the case among the leading news media included in this sample, but can be seen in some cases among new, smaller and independent online news media. One of the private media companies in the sample is owned by a foreign media company in Belgium, however, the publishing rights are still owned by a foundation in Denmark.

Main actors within television and radio are state-owned or financed, while foundations are common as ownership form in private print media. These are also predominantly the two types of media (public service media and private funded/owned media) that are dominant in the online news market. The private news brands receive public subsidy through direct media support schemes and indirect support schemes such as the zero-VAT scheme. Private print media owned by shareholders have in some cases minority shareholders (below 5%) that are not registered or publicly known.

Information on procedures for selecting the editors-in-chief are usually not disclosed and there is no tradition in the media industry of publishing the leading persons’ possible affiliations to political or commercial interests. However, the structure with media foundations enables professional journalism to work at arms-length from political party affiliations as well as commercial interests. Data for circulation/reach are weekly numbers due to the common calculation method and therefore not with a frequency corresponding to the frequency of publication. Measurements of Internet traffic are challenged by problems with registration of users who say no to cookies that collect statistical information. There are neither rules nor traditions for the media to publish how much advertising revenue they get from public authorities as well as different types of political or commercial players. In some companies, exact shares (and votes) of ownership are not stated, only an interval/range is public.

In the Media Pluralism Monitor (Borberg, 2021), the indicator on transparency of media ownership scores at medium risk. This risk is due to the fact that, in Denmark, there are no separate rules nor specific requirements regarding ownership for media companies. Media outlets are simply subject to the general competition laws. These provide that ownership above 20% of the shares has to be included in the annual accounts for all companies – including media companies. There are no particular requirements for media companies. In general, Denmark gets a high score with regard to assessment, but there is no data about public advertising available and it is rare that there is information on the media or companies’ websites about councils and statues. The ownership of new but smaller online news media is not mapped in this study, but for some of these there are developments that differ from the otherwise dominant ownership types in the media market, so in the long term new challenges for transparency may arise with new types of ownership.

Role of linear vs. non-linear distribution

It has long been a political ambition for Denmark to be a leader in digitalisation. Largely, this is reflected in the Danes’ use of the media. According to the Reuters surveys, the TV channels news are still the Danes’ favorite news source, but the use of TV is undergoing drastic change. The traditional use of television is declining, but is inversely compensated by the use of streaming services. According to DR Medieforskning’s latest report (DR, 2021), it is, among other things, expressed by the fact that Apple TV and Chromecast are twice as widespread in Denmark as in the rest of Europe. Measured by the number of streaming services per household, Denmark is also at the top. The two public service media, DR and TV 2, both have streaming services that are among the five most used, but new, international players such as YouTube and Netflix are also at the top.

The distribution of internet in Denmark is high with many different distributors and is regulated by legislation. According to the 2021 Reuters Digital News Report (Reuters Institute, 2021), there are only five digital information intermediaries used by more than 5% of the population to get news. It is all in the category of social media, where Facebook stands out as the most important (36%), while the others are below 10%. As streaming services, YouTube and Netflix play a significant role.

There is a relatively large political focus on regulating the tech giants to try to address some of the challenges their presence poses to the traditional producers and distributors of news. However, the concrete measures are taking a long time and are challenged by the fact that the problems are not only national affairs. The large international media companies such as Google and Meta can be seen as not just a possible threat to the transparency of distribution of news but also the general transparency of the news market. Although they currently are not news producers themselves, they influence the news market in terms of advertising, distribution, use, etc. but are not subject to the rules and norms that the news media have acted according to so far.

There are no separate rules nor specific requirements regarding ownership for media companies, and the Media Responsibility Act’s main aim is not to regulate ownership or control. The absence of media-specific competition law also impacts the indicator on news media concentration, which scores high in Denmark. Furthermore, public service media dominates the audio-visual media market. The Danish media market is concentrated in few media companies of which the largest are owned by the state. Therefore, the result must be interpreted in the context of a high state involvement in the media market and according to the relative strength of the arm’s length principle of the Danish regulatory bodies.

According to the Media Pluralism Monitor 2021 (Borberg, 2021), there has been a political reluctance to regulate the media in Denmark and the general regulation therefore applies to the media. There have not yet been any regulatory incentives, specifically targeting online media, initiatives for specific media laws to secure the media against possible new threats or deal with new forms of ownership among new media. The Media Liability Act is in some areas outdated since it does not cover digital news outlets unless the media voluntarily have signed up to the Press Council. Since part of the risks in the legal field comes from international companies, it is a challenge for the national legislation to solve it adequately.

Particularities of the Danish Media System

There at two important particularities of the Danish media system that stand out and should be explained further: 1) a tradition of foundation ownership regarding private media, and 2) the absence of media-specific competition law.