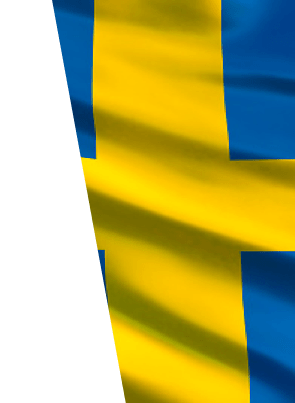 The Swedish news media market is characterised by a noticeable concentration of ownership, both in the newspaper and broadcast media markets. Most of the news is consumed via professional news media, and a to a large degree in digital channels.

In Sweden, local and regional newspapers have been crucial for the production and distribution of local news and debate, and for many years, there were almost as many newspaper companies as there were newspapers. In the mid 1970s, Sweden had about 130 newspaper companies, which published about 145 newspapers. Today, the biggest newspaper group, the Bonnier News group, owns almost 50 paid-for digital and printed newspapers and is a partner in a dozen more.

The decrease in independently owned newspapers is a result of acquisitions and mergers, most of which have taken place after the introduction of the Internet in the mid 1990s. The creation of these larger newspaper groups has often been motivated – according to the owners – by economies of scale and competition from the major digital platforms.

The market for broadcast news is heavily dominated by the public service companies Sveriges Television AB and Sveriges Radio AB, and the biggest free-to-air television news channel and organisation TV4 Media AB. The latter channel is owned by the telecom corporation Telia Company AB, which in turn has the Swedish state as its largest owner.

The platforms and social networks, or digital intermediaries, play a less central role than professional news media when it comes to the channels from which the Swedish public get their news. At the same time, the platforms attract most of the media investments from advertisers.

The transparency risk for the Swedish- and Nordic-owned news media, regarding ownership and outlets, is low. For the platforms and digital intermediaries, the same risk is high.

The Swedish newspaper market consists of less than 70 companies, which publish approximately 130 digital and printed dailies, half-weeklies, and weeklies. But almost the entire industry’s turnover takes place in just more than a handful of company groups.

The largest company group on the media market is Bonnier Group AB (8,408 employees), which, with its subsidiaries, owns Sweden’s biggest morning paper, Dagens Nyheter, and the second biggest evening paper, Expressen. In addition, the group owns the biggest regional morning paper in the south of Sweden, Sydsvenskan, and the biggest national business daily, Dagens industri. Bonnier Group AB also owns a wide range of local and regional paid-for and free digital and printed titles. The Bonnier group’s mother company is owned by just over 90 members of the Bonnier family. The annual reports of the group do not include the names of all family members with ownership.

Another major Norwegian media group on the Swedish news media market is the Schibsted company group. Schibsted Sverige AB (91 employees) publishes – digitally and in print – through its subsidiaries the biggest evening paper, Aftonbladet, and the second biggest morning paper, Svenska Dagbladet. It is also connected, via ownership in other companies, to the consortium behind Stampen Media AB (1,136 employees).

The Stampen group owns, through its subsidiaries, and publishes 12 local and regional paid-for digital and printed newspapers in western Sweden. Stampen also publishes several free papers. Göteborgs-Posten, the group’s most read paper, is the third biggest morning paper in Sweden. As mentioned, Stampen Media AB is owned by the consortium PNV Media AB, which consists of the Norwegian company Polaris Media ASA, and the regional Swedish media companies NWT Media AB (269 employees) and Västerbottens-Kurirens Media AB (151 employees). The family-owned NWT group is also one of the bigger shareholders in Schibsted ASA, listed at the Oslo Stock Exchange in Norway. Västerbottens-Kurirens Media AB is owned by a local foundation. Polaris Media ASA is in turn a publicly traded company at the Oslo Stock Exchange, with Schibsted ASA as its most prominent shareholder.

TV4 Media AB (637 employees) and its sister companies are since 2019 owned by the telecom corporation Telia Company AB (20,505 employees). Telia is publicly traded at the Stockholm Stock Exchange, and its biggest shareholder is the Swedish state. TV4 is the third largest news channel, with a daily reach of 38% of the population.

Almost all information about the news media companies is easy to find on publicly available and free websites, such as Allabolag.se, Eniro.se, and Hitta.se. It is also possible to get the information from the Swedish Companies Registration Office. Information about foundations is provided by the County Administrative Boards.

Detailed information about the public service companies is also available on the websites of the companies and through the website of the Administrative Foundation.

Regarding the newsrooms’ level of participation in the choice of editors-in-chief, the process in Sweden is as follows when the editor-in-chief has a managing role: If the employer is bound by a collective agreement (a written agreement between a union organisation and an employer, upon which rules apply within a particular sector or workplace), the employer shall, in the event of major changes in the business, negotiate with the trade unions in accordance with the Employment Co-Determination in the Workplace Act. Appointment of managers typically constitutes such important changes that must be negotiated. The purpose is, for the employer, to give the trade unions the opportunity to comment and discuss the employer’s proposals before the employer decides. However, the union does not have the right to decide or appoint managers. When the information process is completed, the employer has fulfilled their obligation to negotiate. And if the parties do not agree in the negotiation, the employer decides. If the employer is not bound by a collective agreement, this obligation to negotiate does not exist.

For Swedish- and Nordic-owned news media, the risk to transparency regarding ownership and outlets is low. One type of information that is not explicitly mentioned so often in the media companies’ annual reports is the shareholders’ voting shares.

As in most other European countries, media and news in Sweden are increasingly consumed via digital channels. According to Nordicom’s 2021 national media use study, the reach of media channels such as streaming TV and podcasts is growing rapidly. Thanks to that clear growth, streaming TV now reaches a larger portion of the Swedish population on an average day than traditional broadcast TV. Radio is still the biggest media channel, and 69% of the population between 9 and 85 years old listen to radio daily. The runner up is Facebook, with a daily reach of 64%. 56% of the population read a digital newspaper on an average day, which can be compared with the 28% that read a printed newspaper.

The most important professional news outlets, according to most used news source, are the public service outlets Sveriges Television and Sveriges Radio. Other important news outlets are the free-to-air channel TV4 and the morning and evening papers. The social networks play a less important role as a source of news for most of the population. In general, younger audiences tend to get their news via social networks to a greater extent than older audiences.

A characteristic of the digital news market in Sweden is that most of the traffic to news sites is direct. The share of users who use search engines, such as Bing and Google, to find relevant news is smaller than in many other European countries. The most used search engine is by far Google. News aggregators like Apple and Google News do not play a vital role in the Swedish market.

For the ordinary media user, it is relatively hard to find transparent, independent, and audited distribution data. The largest and most influential newspapers in the country do not report a hard copy circulation figure in line with the traditional audit process (TS Circulation) through Kantar Media Audit, and a lot of news sites do not report an audited report on their web traffic. The most common way to report information about the size of the audience is by reach. The reach is measured and reported every four months by Kantar Sifo in their Orvesto Consumer report, which includes print audience (incl. the PDF replica), digital-only, and a total reach. Almost all opinion-shaping news media participate in the Orvesto report.

For Swedish- and Nordic-owned news media, the risk to transparency regarding the distribution is moderate.

For the platforms or digital intermediaries, the picture is somewhat different. All major platforms have permanent presence in Sweden with several companies, for example, Amazon Corporate Services Sweden AB (19 employees), Apple AB (148 employees), Facebook Sweden AB (60 employees), Google Sweden AB (357 employees), and Tik Tok Sweden AB (44 employees). But since a large proportion of the platforms’ revenues are booked in countries other than Sweden, the reported revenues of the mentioned companies and their sister companies do not give a complete picture of how big the revenues generated in Sweden are. It is also much harder to get information on their economy, financial status, executives, personnel, and ownership, compared with the Swedish- or Nordic-owned media companies. None of the platforms in question allows an independent third party to revise its traffic figures or participate actively in various studies of reach.

For the platforms and digital intermediaries, the risk to transparency is high.

Sweden has, like most other democracies, a written Constitution which sets out the rules for how society shall be governed. The Constitution therefore has a special position in society.

Before publication, the owner of the periodical must have obtained a valid certificate stating there is no legal impediment to publish – including notification of publisher – from the responsible authority. The owner must therefore be known.

In addition to these fundamental laws, there are several laws, regulations, and rules that govern competition and transparency in the Swedish market. The most prominent ones are the Swedish Competition Act (2008:579), and the EU’s competition rules. Together, they contain two prohibitions: the prohibition against anticompetitive cooperation between undertakings and the prohibition against the exploitation of market power by undertakings in a dominant position. One aim of the Swedish Transparency Act (2005:590) is to provide the European Commission with transparency in financial relations between the state, municipality, and regions and companies owned by the public, for example, the state. The regulations also provide insight into the financial activities of certain companies.

A government bill has been put forward to parliament to make changes in the current Radio and Television Act. The idea is to widen the circle of providers who, according to this law, must ensure that recipients of their services have access to certain information. The information to be provided shall be extended to also refer to information about the supplier’s owner and ownership structure. If the government bill passes parliament, it will become law on 1 March 2023.

Providers of on-demand television are also subject to Section 8 of the Electronic Commerce and other Information Society Services Act (2002:562). This law, in accordance with the mentioned bill, will also be updated in March 2023.

A limited company must file its annual report with the Swedish Companies Registration Office every year. This rule also applies to dormant companies and companies in liquidation. In the annual report, the companies must present information on the company’s owner and ownership interests, for example, name, company registration number, and residence.

Co-Determination in the workplace is regulated according to the Employment Act (1976:580).

The laws and regulations in place give the public good opportunities to access information about media ownership and control. These opportunities will be strengthened in 2023 when the circle of providers who must ensure that recipients of their services have access to certain information widens, and the providers must offer more information than before. The risk to transparency is therefore low.