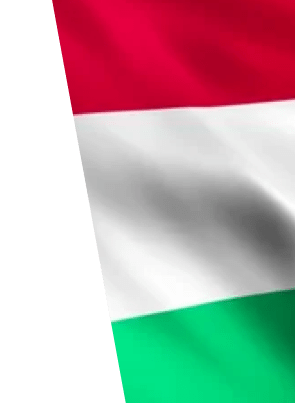 How are the indices composed?

The conservative Fidesz/Christian Democrats party alliance has ruled Hungary since 2010. Its supermajority in parliament has been reinforced in the 2014, 2018, and 2022 legislative elections. Over the past 12 years, the media landscape has undergone major changes, mainly owing to the re-distribution of media resources, including decision-making positions, ownership, commercial radio licenses and state advertising, as well as to a merger of nearly 500 outlets in 2018.

New media regulation was passed in 2010, establishing new supervisory structures overseeing media. A National Media and Infocommunications Authority (NMHH) was created, headed by a Media Council whose members were delegated by Fidesz, without the opposition parties having a say in the nomination process. Public service radio stations and television channels, as well as the national news agency, were united in 2011 in a Media Services and Support Trust Fund (MTVA), whose managerial positions were filled with the delegates of the Media Council (Urbán et al. 2017).

Major changes occurred in the market of private outlets as well. After a number of multinational media companies left the Hungarian market in the wake of the 2008 financial and economic crisis, several private outlets were purchased by domestic investors (including, most importantly, the nationwide commercial television channel TV2). Some outlets critical of the government have ceased publication (for example, the broadsheet Népszabadság), others have been transferred to new owners believed to be cronies of the government (for example, all of the regional dailies, as well as the market leading news sites Origó and Index), yet others have lost their broadcasting licenses (Klubrádió and Tilos Rádió). In the meantime, Catholic and Protestant radio stations have been granted broadcasting licenses across the country (Mérték Media Monitor 2018).

In 2018, a large number of private outlets were donated free of charge by their owners to the Central European Press and Media Foundation (Kesma), a public fund created with the purpose of coordinating the news services of 476 outlets on a variety of platforms across the country. Both the MTVA and the Kesma have been reported to be promoting the government’s political agenda. The national news agency provides free of charge a news service that many of the smaller outlets, and especially commercial radio stations, use as their primary information source (Bátorfy 2019, Bátorfy Urbán 2019, Keller-Aránt 2020, Wirth 2022).

The outlets commonly associated with the government agenda have formally preserved their independence and are only informally allied with the government. The changes above in the media landscape were carried out in a fully lawful way, with no breaching of the 2010 regulation.

However, media freedom watch organisations have perceived a significant decline in the status of media freedom and pluralism. Freedom House (2022) observed that Hungary, a “free press country” since the mid-1990s, turned into a “partly free press country” in the early 2010s. Reporters Without Borders (2022) states that the country gradually moved positions from number 26 in 2009 to number 85 in 2022 on the global press freedom index. A recent report by the UN Special Rapporteur (2021) observed that government interventions “have undermined media diversity, pluralism and independence” in Hungary, and voiced “serious concerns at reports of recurring campaigns of hate speech, harassment, or stigmatisation of journalists and human rights defenders.” The same report described the current media landscape as a “toxic environment deliberately created by political leaders to sow social divisions and hatred.” Another recent study observed that character-killing campaigns targeting critical online journalists, including rhetorical aggression, trolling, bullying, threats, public shaming, violation of personal privacy, and malicious social media activity, are a recurring practice and may exert a chilling effect upon journalists (Tófalvy 2017).

The government rejects these claims. As PM Orbán put it in a recent interview, accusations that the Hungarian government is restricting press freedom are “ridiculous. More than half of the media are extremely critical of the Government” (Miniszterelnök 2020). In a similar vein, Minister of Foreign Affairs Péter Szíjjártó refuted the above-quoted statement by the UN Special Rapporteur on media freedom in Hungary, pointing out that the critics do not speak Hungarian, which might explain why they fail to see that all market leading outlets are critical of the government (Government 2021).

In fact, a number of independent outlets persist, including, especially, news sites such as 444, Telex, HVG, 24.hu, and Szabad Európa (Free Europe), weekly magazines such as Magyar Narancs, Élet és Irodalom, and Magyar Hang, the nationwide commercial television channel RTL Klub, and the Youtube channel Partizán. At 89%, internet penetration is slightly above the European average, meaning citizens have the possibility to access a great variety of news sources online.

However, the concentration of media ownership has been manifest in some sectors. In terms of the number of titles, of a total of 88 nationwide outlets, 44 are associated with the incumbents (and in the sub-markets of television and daily papers, the government is believed to informally control two-thirds of all outlets, Bódis 2021). In terms of the share of outlets in the advertising market, an estimated 78% of all news media outlets depend partially or entirely on state advertising (Mérték Média 2019). In terms of audience reach, the government is now believed to influence 93% of the radio market, 52% of the evening television news bulletins, 35% of online news sites, 48% of nationwide daily papers, 100% of regional daily papers, and 20% of weekly magazines (Bátorfy 2020).

The law on mass media services provides rules against ownership concentration, including cross-ownership restrictions, and empowers the NMHH to act as a specialised expert authority in merger procedures examined by the Competition Authority. The latter is entitled to take a stricter decision by denying approval for mergers even if the NMHH has not raised objection. In practice, however, a governmental decision may deprive both authorities from their powers to decide, as demonstrated by the case of the Kesma, when the government declared the merger to be of “national significance,” and hence authorised it. Ownership changes and acquisitions should be reported to the NMHH, but there is no publication requirement.

Nonetheless, there is a high level of media ownership transparency in Hungary. Researchers and journalists subscribing to the commercial but affordable online data base Opten can learn about the companies behind outlets, the owners behind companies, and other key data such as the revenues of the companies in recent years. The names of the companies and of the individuals behind them, however, do not say much about potential political influences, only case studies could. For example, it has been documented that Lőrinc Mészáros, the owner of Mediaworks, the publisher of all of the regional dailies and other outlets such as the nationwide broadsheet Magyar Nemzet, is a childhood friend of Prime Minister Orbán, a former mayor of a small community (the birth village of Orbán), supported by the Fidesz party, and a major beneficiary of state tenders. The late Andrew G. Vajna, owner of the commercial channel TV2 and the commercial network Radio 1, was the government’s commissioner in charge of the film industry until his death in 2019. László Szabó, the CEO of the Kesma between 2020 and 2021, had acted earlier as the head of Hungary’s Embassy in Washington. The listing of informal relations between media owners, managers and the government could be continued.

Some specific case may shed some light on the effect of informal influences. For example, in 2016, the news site Pesti Srácok made a deal with the Ministry of Agriculture: in exchange for financial support, the editors would send over their articles for approval to the ministry before publication (Erdélyi 2016). In November, the same year, the daily Világgazdaság dismissed investigative journalist Károly Csabai after he published a series of articles about the Hungarian National Bank channelling public funds to private foundations (Rényi 2016). The Ministry of Human Resources employed the journalists of the news site Origó as speechwriters; in 2017, the news site publicised 12.7 articles per day supporting the government’s anti-migration policy (Varga 2018). The news presenters of TV2 overtly campaigned in a video for the Fidesz party before the 2018 legislative elections,

Just as ownership structures are transparent upon payment, information on state advertising is accessible, as the Hungarian branch of Kantar Media regularly monitors such data and makes them accessible for an affordable price. These data show that pro-government outlets receive a lot more state advertising than independent ones do; however, the latter are also granted some. It should be noted that outlets critical of the government report that some private companies are reluctant to place advertisements in independent media for fear that it would entail sanctions on behalf of the government (Rényi 2022).

Transparency is lacking in one key area: it is not known how decision-makers within the newsrooms are selected. Nor do most outlets have accessible codes of ethics and practice, and hence the internal rules of news production are hidden before the public eye.

An important finding of the current research is that the distribution of daily newspapers is carried out by Mediaworks, which therefore has a complete list of all of the subscribers of independent dailies critical of the government throughout the country. However, no systemic discrimination in the distribution patterns has been documented, except that some independent newspapers cannot sell their copies at some state-sponsored festivals. Further, as most printing houses are either owned by Mediaworks or other companies associated with the government, critical outlets such as the independent conservative weekly Magyar Hang cannot find a printing house in Hungary, and need to have their copies printed in Bratislava, Slovakia. Likewise, the reporters of said outlet cannot attend the government’s press events (Rényi 2022).

In sum, the re-distribution of the various media resources starting in 2010, and in particular that of state advertising whose ratio grew from an estimated 3% in 2010 to 32% in 2018 (Bátorfy, Urbán 2020), has by now created an uneven playing field for different media, favouring those in line with the government’s narratives.

Bátorfy, Attila (2019): Hungary: A Country on the Path toward an Authoritarian Media System. In: Angelos Giannakopoulos (ed.): Media, Freedom of Speech, and Democracy in the EU and Beyond, pp. 31–47. The S. Daniel Abraham Center for International and Regional Studies, Tel Aviv University.

Bódis, András (2021): A NER már a sajtó 50 százalékát kontrollálja [The System of National Co-operation is now in control of 50 per cent of the press], Válasz, 4 January, https://www.valaszonline.hu/2021/01/04/a-ner-mar-a-sajto-50-szazalekat-kontrollalja-itt-a-nagy-mediaterkep/?fbclid=IwAR03bXihvWFY3Cyv2V3CyT6tWqy7qA8lOSWQKhr-IHWsdAXJZaG3xgpXMhs.

Keller-Aránt, Ákos (2020): “…a maffiaállamban lehet hasonló, gondolom” – ilyen a köztévé belülről [“This is what it could be like about in a mafia state” – public service television through the eyes of the insider], Szabad Európa, https://www.szabadeuropa.hu/a/a-maffiaban-lehet-hasonlo-gondolom-ilyen-a-kozteve-belulrol-mtva-m1/30938814.html.

Miniszterelnök (2020): Interview by Viktor Orbán given to Welt am Sonntag, https://miniszterelnok.hu/interview-by-viktor-orban-given-to-welt-am-sonntag/.