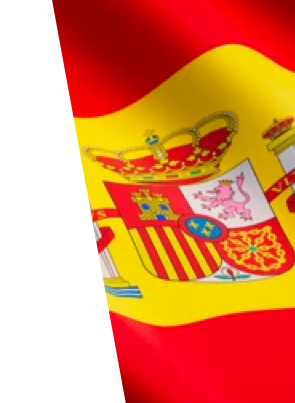 How are the indices composed?

Other languages available This report is available (PDF) also in Catalan and Spanish.

This country report summarises EurOMo findings for 2020 and addresses relevant changes up until 15th July 2022. The Spanish media outlet sample consists of (1) the five most-viewed TV stations and (2) the four most-heard radios, (3) the five most-read print newspapers, (4) the four most-read digital native newspapers, and the website equivalent of the selected TV stations, radios and print newspapers. All selected media outlets (cf. Table 1) have a national scope. The readership and consumption data correspond to 2020. All media outlets except La Vanguardia and lavanguardia.com, which are edited in Barcelona, are edited in Madrid. The sample includes public service media (TVE1, RNE and rtve.es) and private media outlets (the rest).

Fifteen outlet owners own the 31 selected media outlets. Below, these outlets are grouped according to their media group and direct owner or editor.

(1) 21 of the 31 surveyed media outlets account for complex or highly complex ownership structures.

Most media outlets (26) have natural or private legal owners as direct owners. The Spanish state owns three public service media outlets in the sample: TVE, RNE, rtve.es. The several public service media in Spain owned by regional governments are not in the sample. Third, the Spanish Episcopal Conference is the majority owner of the editing company of COPE and cope.es.

Table 2. Sample of identified direct and indirect owners of the selected media outlets

Table 3. Legal owners with free float in their ownership structure.

BBVA, Santander and HSBC, the investment fund of the Norwegian Central Bank and companies belonging to JP Goldman Sachs, Blackrock Inc., Invesco Ltd. and Credit Suisse some of them.  Grupo Prisa is the group with the most complex, internationalised and financialized ownership structure.

(5) A scarce number of outlet owners and media managers are politically affiliated. Nevertheless, political parallelism in the Spanish media system is high.

Only 2 of the 79 natural owners in the sample are or have been elected politicians with manifest political affiliation. The Italian MEP for Forza Italia Silvio Berlusconi. Second, Emilio Ybarra Churruca, deputy mayor in Bilbao during the Francoist dictatorship.

6 further natural owners have an obvious but not acknowledged political affiliation because one of the following reasons: (1) they previously worked in press offices of parties or governments, (2) they have presented rallies of specific political parties, (3) have previously held positions of political appointment, or (4) they have publicly supported specific political parties (Pedro J. Ramírez wrote editorials asking to vote for the parties UPyD and PP, Félix Rodríguez supported Manuel Valls as mayor of Barcelona, and Carlos Slim supported the Mexican party PRI).

Nonetheless, media political parallelism is very high in Spain, although media support for specific parties is rarely explicitly expressed in the editorial line. Instead, there are cases of strong entanglement between media and parties. Francisco Marhuenda, La Razón director, is a former head of a PP-led cabinet. There are also state manoeuvres supported by specific media (e.g. Antonio Ferreras, manager of La Sexta, collaborated to spread false information against Podemos). Last,  journalists-commentators present in political comment radio and TV programmes are often designated by the political parties.

The Spanish legal owners (64 of the 130 legal owners, i.e. 49,6%) must yearly report information about their companies to the Spanish Commercial Register (Registro Mercantil). Further, publicly traded companies in Spain must provide financial reports to the Spanish Competition Authority (CNMV). The financial reports submitted to the CNMV are freely available online and report the company’s owners, their shares and voting rights, among others.

Further, the annual reports submitted to the Spanish Commercial Register are only available as print copies to be bought in the Commercial Register or through other private services that summarise some data or sell the companies’ annual accounts. In these annual accounts, the companies do not need to report changes in the ownership structure nor the subsidies from public authorities.

The foreign legal owners (50,6% of the total) are not bound by the Spanish regulation but by those of their country of residence (cf. above). Except for the Mexican companies (in Mexico, Spanish is official), none of the other foreign companies are obliged to publish their financial accounts in at least one of Spain’s official languages.

The main risks concern (1) the identification of the media beneficial owners, (2) the editorial staff of the outlets, (2) the general availability and accessibility of annual and financial accounts, (2) the general lack of transparency concerning each legal owner’s specific amount of subsidies and public advertising.

Few of these digital intermediaries have agreements with other platforms:

The Article 5 of the European Directive 2018/1808 has not been transposed in Spain: all relevant laws until 15th of May 2022 surveyed have been passed or ammended in 2018 or before. Nonetheless, the new General Law on Audiovisual Communication of May 26, 2022, which became effective on July 8, 2022 transposes this directive’s Article 5. The law has not  been considered in the analysis focused on the situation until 15 May 2022.

Which laws concern transparency in media ownership and control

The main risks in Spain are: